We have assembled a list of kits that you can buy to get you started on your robotics journey, and to continue it further. These kits are great if you don’t know where to start, or want to experiment with different classes of robot.

CamJam EduKit 3 (available from The Pi Hut) is an affordable beginners kit which contains most of the components needed to build a robot capable of being remote-controlled and also running autonomously. Developed by the team from Cambridge Raspberry Jam (who run Pi Wars), the kit includes a small, custom motor controller board, wheels, motors, sensors and other bits and pieces to get you exploring the world of robotics. The kit comes with a set of downloadable worksheets which will take you through assembling the components, getting the motors working, reading sensor inputs and then adding additional components to make it remote-controllable. 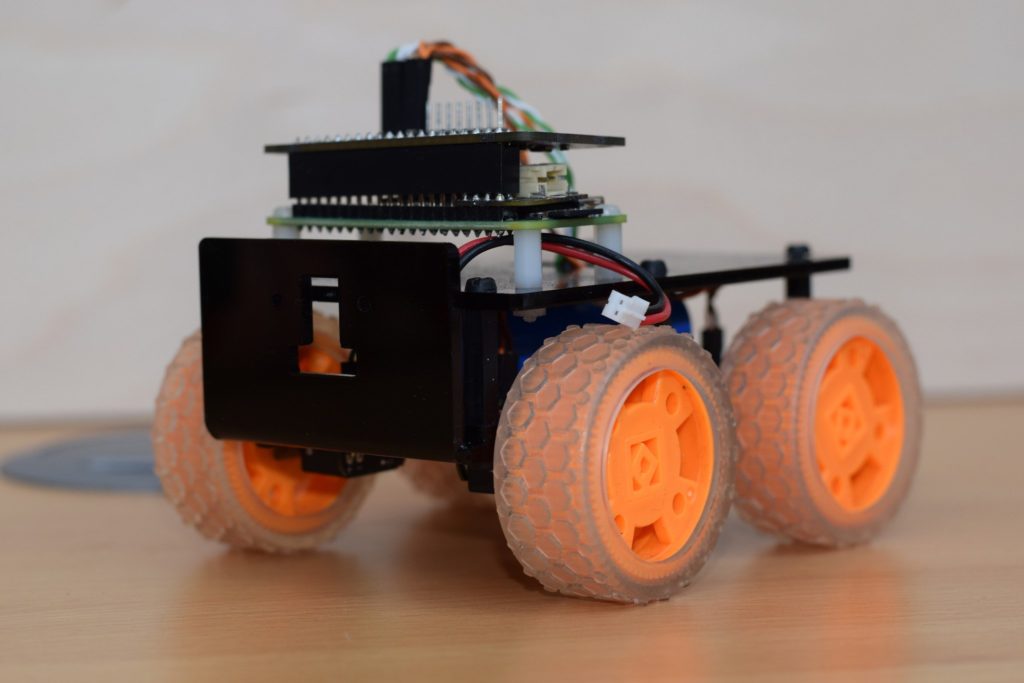 Tiny 4WD is small but powerful robot that you build yourself. Unlike many other small robots, Tiny can be used outside on the patio, deck, playground even gravel paths/drives. The first Tiny was designed for the MagPi magazine “How to build a Pi Wars Robot” feature written by Brian Corteil.  The kit contains all you need to build the chassis including our Raspberry Pi camera face plate , great for computer vision projects plus a Pimoroni Explorer pHat to drive the four motors powering the large grippy wheels. The kit, which costs £55, also includes a mini breadboard for adding sensors and help supply power to the motors. The Tiny has been shown to be quite competitive in Pi Wars with several teams using it to enter. Note: You will need to supply the Raspberry Pi Zero, and power source.

4tronix Pi2Go Mk2 – a kit with plenty of bells and whistles

Refined over 5 years, the Mk 2 of this popular, and extremely well-constructed robot from 4tronix is well worth your consideration. Priced at £72 (inc VAT), it has a PCB chassis and comes with an awful lot of sensors packed onto its main board. You can read Mike’s review of the Pi2Go Mk 2 over on his blog and visit the 4tronix website here to buy one or find out more. We recommend the 4WD pack to add on to the base kit as it gives your robot two extra motors and wheels.

GoPiGo from Dexter Industries – more learning and a visual editor

This is a really nicely made kit from Dexter Industries with particular attention to providing a great controller board and a really good chassis. There are two kits: one at $90, one at $200, the latter containing a lot more, including the Pi itself. More information and links to buy are available here.

This is for the more serious roboteers out there. The DiddyBorg is an incredibly powerful £200+ robotics kit that includes everything you need (apart from the Pi). You can see a picture of it above, and it really is a work of art. The torque on the motors is impressive (although not that speedy) and there are plenty of instructions, code samples and tutorials to get you started with it. Definitely worth a look if you’re looking to splash out. You can also take a look at the more powerful MonsterBorg and YetiBorg from PiBorg.

This SunFounder robot kit comes with servo-controlled steering and ultrasonic distance and line-following modules. Find it on Amazon UK here.

This is a perspex chassis with room for a Pi Camera (not included) and it runs from a Pimoroni Explorer HAT (which you have to buy separately. It’s a nice kit and was the first to feature their “grippy wheels”. Find it on Pimoroni’s store here. 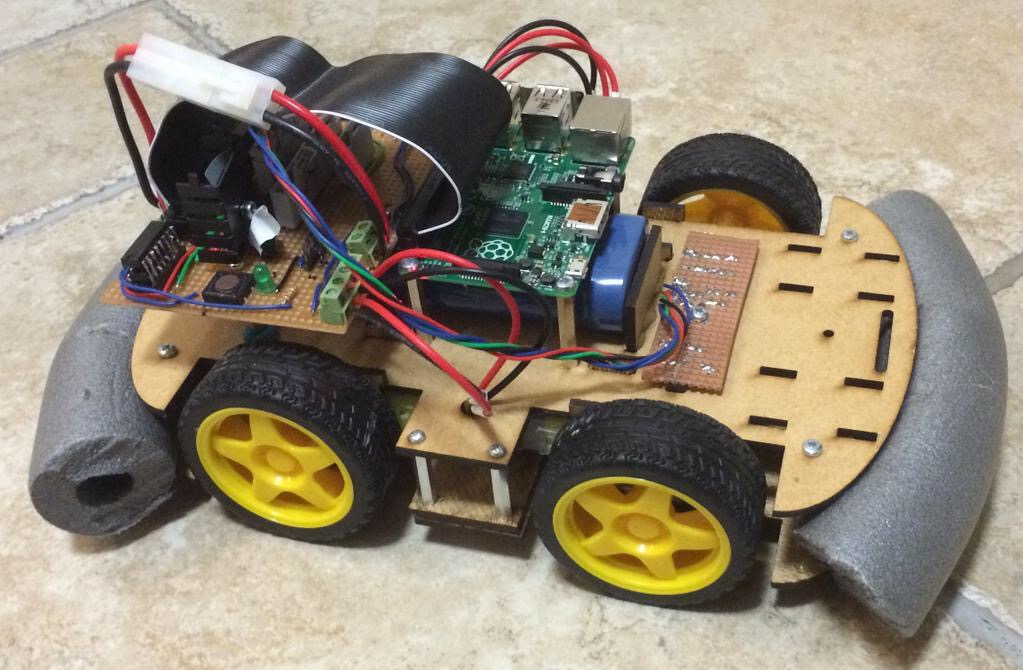 Keith Ellis and the guys over at Ipswich Makerspace did brilliantly well with their robot, TractorBot, at the first year of Pi Wars. They won Best Robot under £75 and placed very respectably in most of the challenges. (You can see the full results here). They have decided to open-source their designs and code for TractorBot, which means that other competitors this year will have a head-start on many challenges if they take the time to go through the code. Design specs will also be released so if you want a good base to start from, you could do far worse than take a look! You can read the start of their open-sourcing project here.