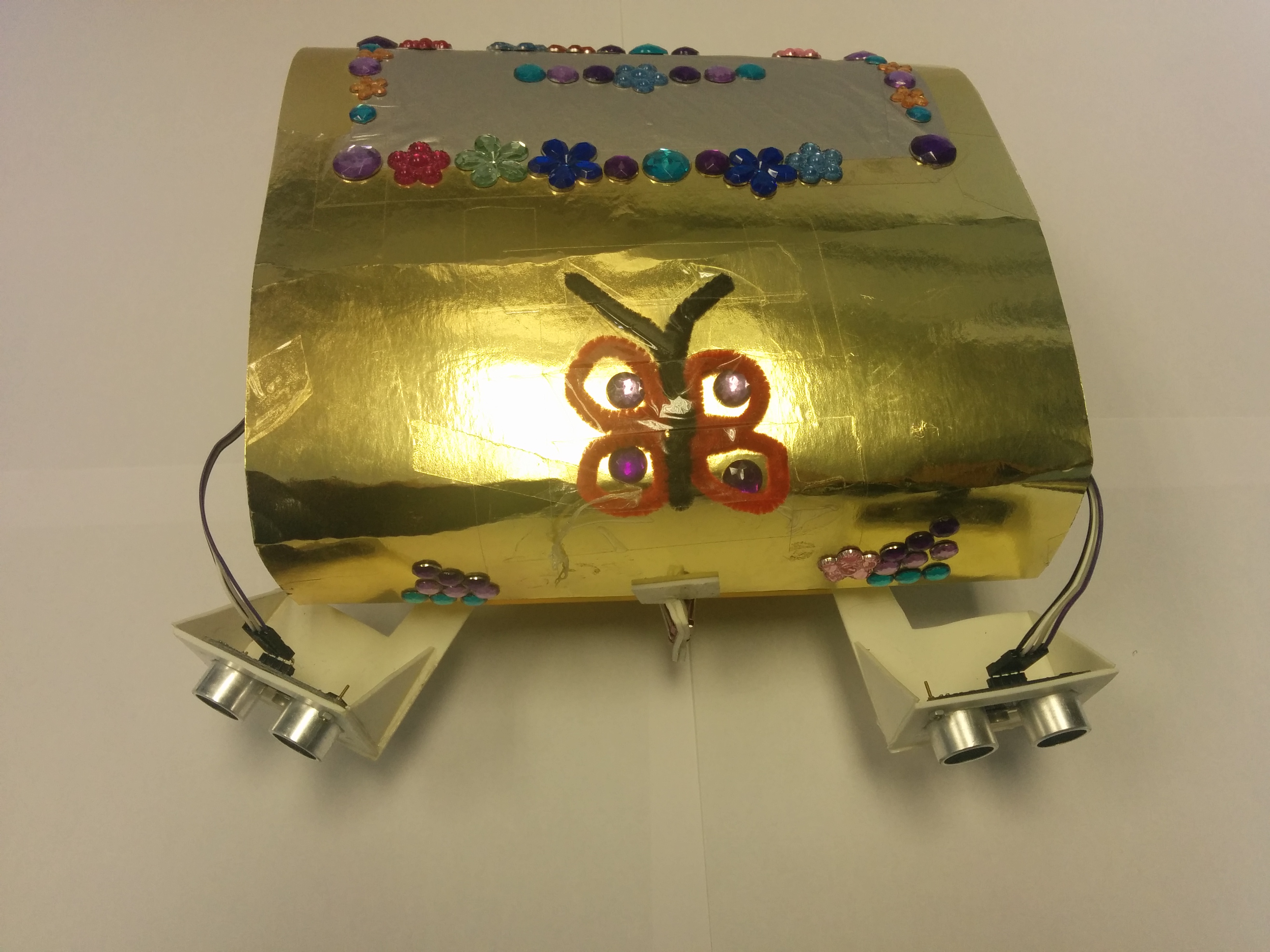 About the team: Father and Daughter team.
I’m a programmer, but my job is about as far from robotics as you can get. I used to tinker with electronics, but that was about 8 years ago.

My Daughter was 7 at the time and she was interested in making a robot and how the electronics worked. She also wanted to make it the best decorated robot in the competition!

The 2015 journey: Our idea was simple, a small robot with a few sensors for the line following and proximity challenge. Design started well. We had a home made motor controller, and some motors with wheels attached. I had a vague idea about how to connect everything up. The motors were too slow, so we increased the voltage. The increased voltage caused the motor controller to overheat and die, and the motors were still too slow! With a new controller, new motors, and now tracks rather than wheels we got moving again. The build was finished a few days before the competition, but software was still not finished. With the aesthetics being provided by my Daughter we felt confident that even if ShimmerBot failed to move, we’d look good whilst not doing anything! We had some issues to overcome, but we attempted every challenge that we set out to compete in and had a lot of fun doing it.

The highlight: The entire day was a fantastic experience, I got to talk to so many people and learn so much from others. My favourite event was Pi noon, simply because this was our best event, we make it into the quarter finals. The obstacle course was also great fun, tracks really helping in this event.

Advice for competitors: We had never made a robot before, all we knew was of the numerous posts about making a Raspberry Pi robot, and how simple they made it look.

Because it looked so straight forward, I didn’t take the easy route at any step. We didn’t use a kit, I decided to use a programming language that I didn’t know, and all the electronics was home made.

Don’t do this for your first robot!

Our biggest problem was trying to do everything without help, and not dedicating enough time to understand the issues we faced.

Had we used a robot kit, or at least some prebuilt sensor kits, we would have been better off and not reinventing the wheel!

What we learnt from Pi Wars is that even if you are a complete novice with robotics and electronics, you can compete in Pi Wars and be competitive. Just don’t take on too much!

Next year: We’re planning to apply to enter next year. It will be an entirely new robot, we will leave ShimmerBot alone. We have lots of ideas, mostly we will be trying to make life easier for ourselves!