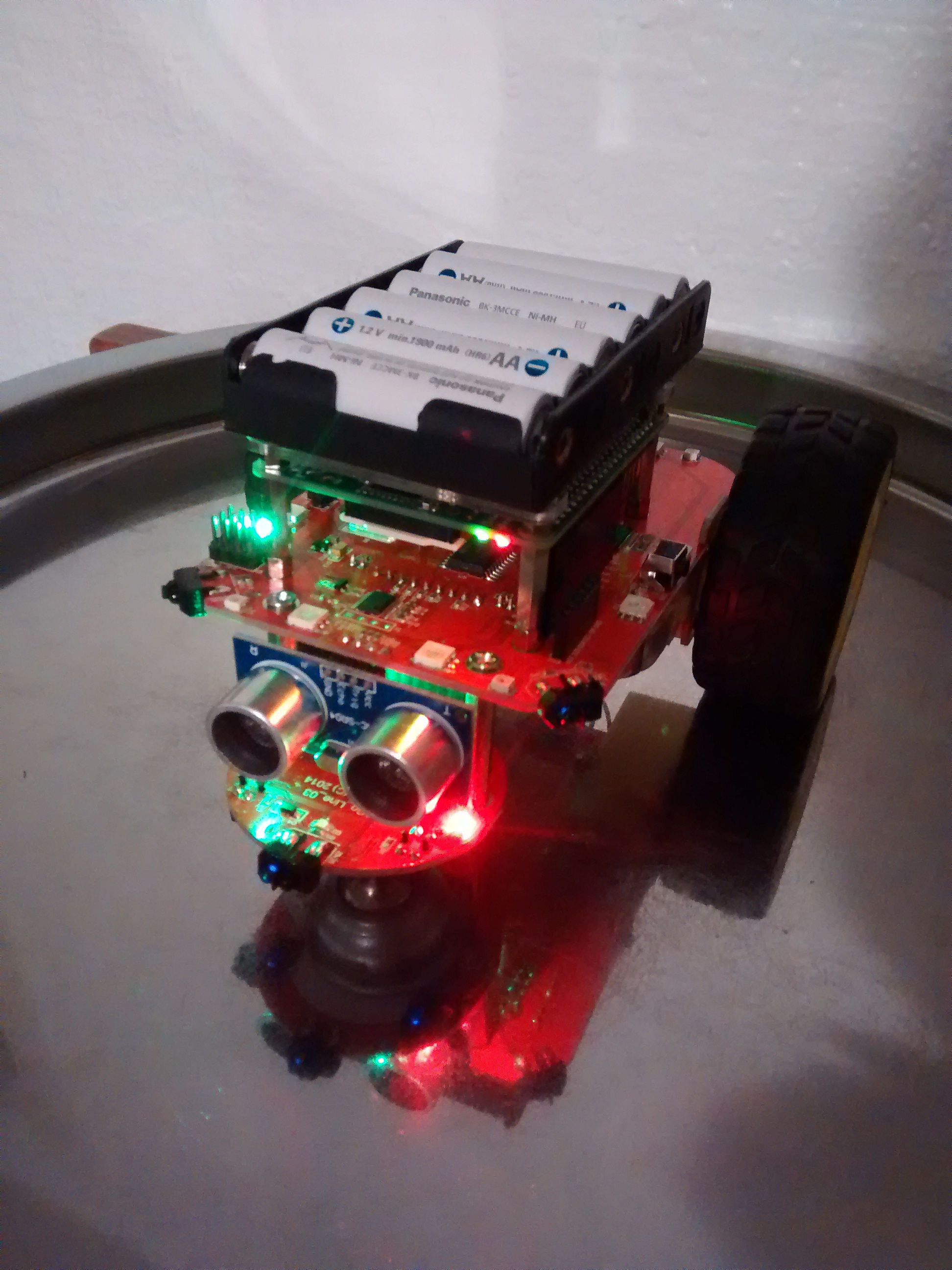 About the team: The PiRSquad team was a teenage daughter and middle-age father combination.

Dad (Nick) is an ex-programmer, pre-Python. Daughter (Jen) has been interested in robots since making her first model in Grandad’s workshop.

Skills: Nick thought he could programme, and Jen could solve problems and design. Neither of us had any experience with robots or even soldering!

The 2015 journey: Jen got a 4tronix Pi2Go Lite kit at the 3rd Pi Birthday party and then in her summer holiday soldered it together. We had to adjust the soldering and that’s when Nick (Dad) blew up some key components. We scavenged what we could and got a new Pi2Go pre-soldered from 4tronix. We started a blog but needed to really focus on the programming as we wanted to have a go at every challenge. We worked through the algorithms for each challenge, wrote some pseudocode, and then Nick started to try and programme it.

It was a real challenge just to get everything working as even the code to control the robot manually with a wireless keyboard had to be adapted and re-written. Long train commutes were used to develop the function for each challenge, and a test harness to check it without the robot. The weekend came with everything working, even the simple line-following! Everyone was very welcoming and we felt right at home.

Our downfall came when we changed how the Pi connected to the robot for the Skittles competition which meant we lost forward drive on one wheel! In the Joust we were a sitting duck, going round in circles like Marvin from Hitchhiker’s Guide to the Galaxy! We tried every challenge with attempts to fix it in between.

Even though we didn’t come last in any one event we came last overall; someone had to, and that was us!
The presentation at the end of one person from each team (with their robot) was great fun and really inclusive. A great end to a busy day.

The highlight: Apart from the chance to see so many fantastic robots, we were thrilled that we managing to compete in most challenges, even if we had to drive backwards! Overall we learnt so much that we were sure we ‘d be back for the next PiWars.

Next year: A Snake Robot!

We have seen robots with 2 to 6 wheels but none of them moved like a snake. The 6+ segments should be cheap and repeatable, with the sensors and complexity in the head. The control and drive will be fun to develop and should result in guidelines and a framework that can be used by other SnakeBot builders.

‘Pithon’ will curl up onto A4 and flick skittles / golf balls with it’s tail.