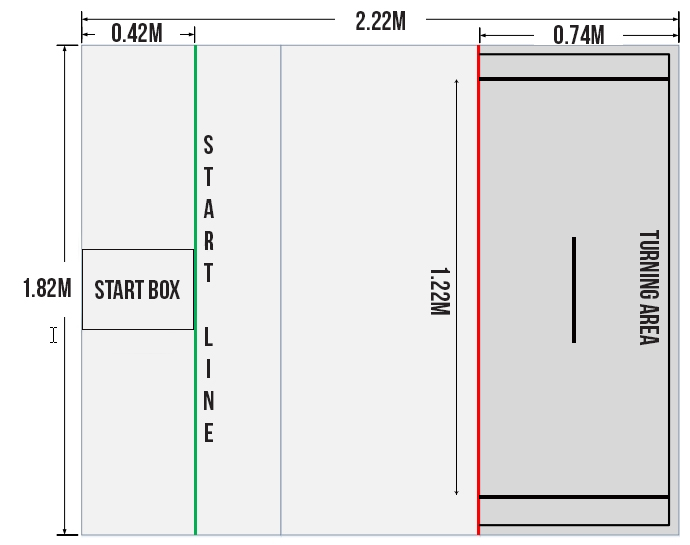 The robot must be autonomously programmed for this challenge which takes place inside a course measuring 1.8m by 2.2m with various markers. A picture of the course is shown on the right (click for a larger version).

The course will be constructed from three tables, folded to the floor then pushed together. White duct tape will be used to cover the gaps between the tables giving what we hope will be a flat surface. The height of the tables is a maximum of 3cm – the robots won’t have far to fall should they veer off course.

The measurements of the course as shown in the diagram are correct and will be measured as such when the course is marked out. The distances of travel required within the turning area will, of course, vary according to the length of your robot – it is up to you to prevent it from going over the edge of the tables.

Robots will be ranked according to how quickly they return to the starting box after having completed all turns and movements correctly. The fastest will be ranked first. Points will be awarded to the top ranked robots like so: