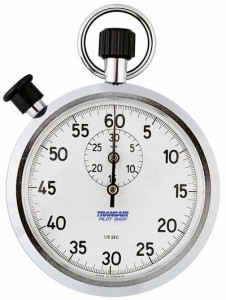 The straight line speed course is a shallow trough of painted hardboard approximately 7.3m (24 feet) long with walls 64mm high and set 534mm apart. From a starting marker, the aim of the challenge is to drive in a straight line and cross a finish line. The course will be laser-timed for accuracy. A barrier will be placed at the end of the course (approx 50cm – 1m from the end of the course) to stop the robots but it is to your benefit to work out some kind of ’emergency shut off’ to avoid damaging your robot.

The course will be driven 3 times and the times added together to make a final time. The competing robot must cross the finish line for the time to be recorded.

The robot must be autonomous. A “start” and a “stop” button are permitted (whether on the robot or on the controller). You will, however, be permitted to manually retrieve your robot from the end of the course and return it to the start without penalty.

The runs will be laser-timed for accuracy. For more information on the laser-timing rig, take a look here.

Competitors will be ranked according to the total amount of time taken to drive the course, the robot with the shortest time will take first place. Only those robots that have completed three runs will be eligible for ranking.

Points will be awarded to the top ranked robots like so: