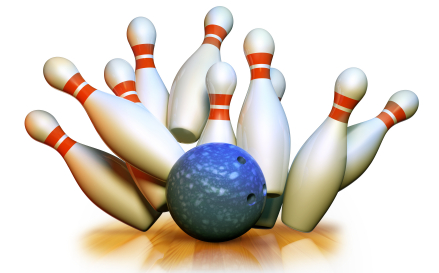 Robots will start outside the arena and collect and propel a light wooden ball, 74.3mm in diameter and weighing 114g, attempting to hit a set of 9 wooden “pins”, set approximately 2 inches apart. Each pin is 20.5cm (8″) tall and weighs 150g.

Each robot will attempt to knock down three sets of pins with up to two rolls per set. If the first ball roll knocks down all 9 pins then that finishes that set of pins.

The skittle set we are using was found on eBay.

We recommend that robots have some kind of bumper on the front so that impact with the ball causes no damage to the chassis or other parts of the robot. 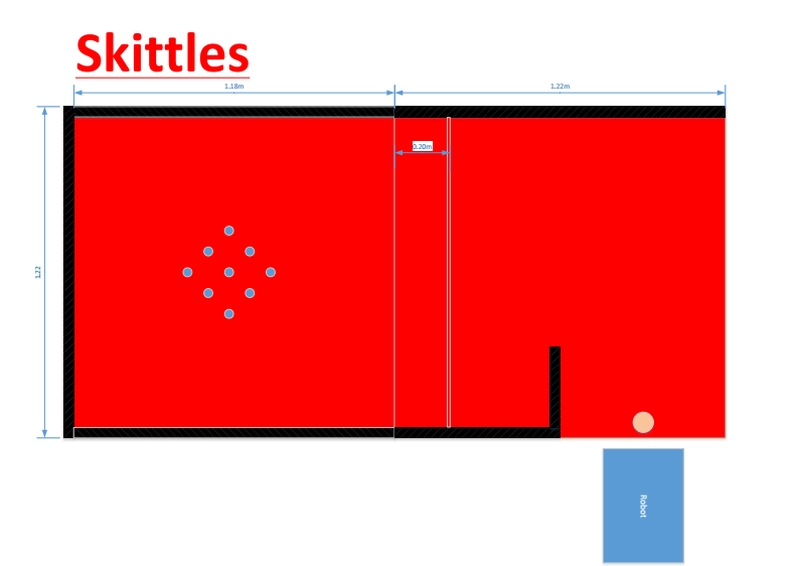 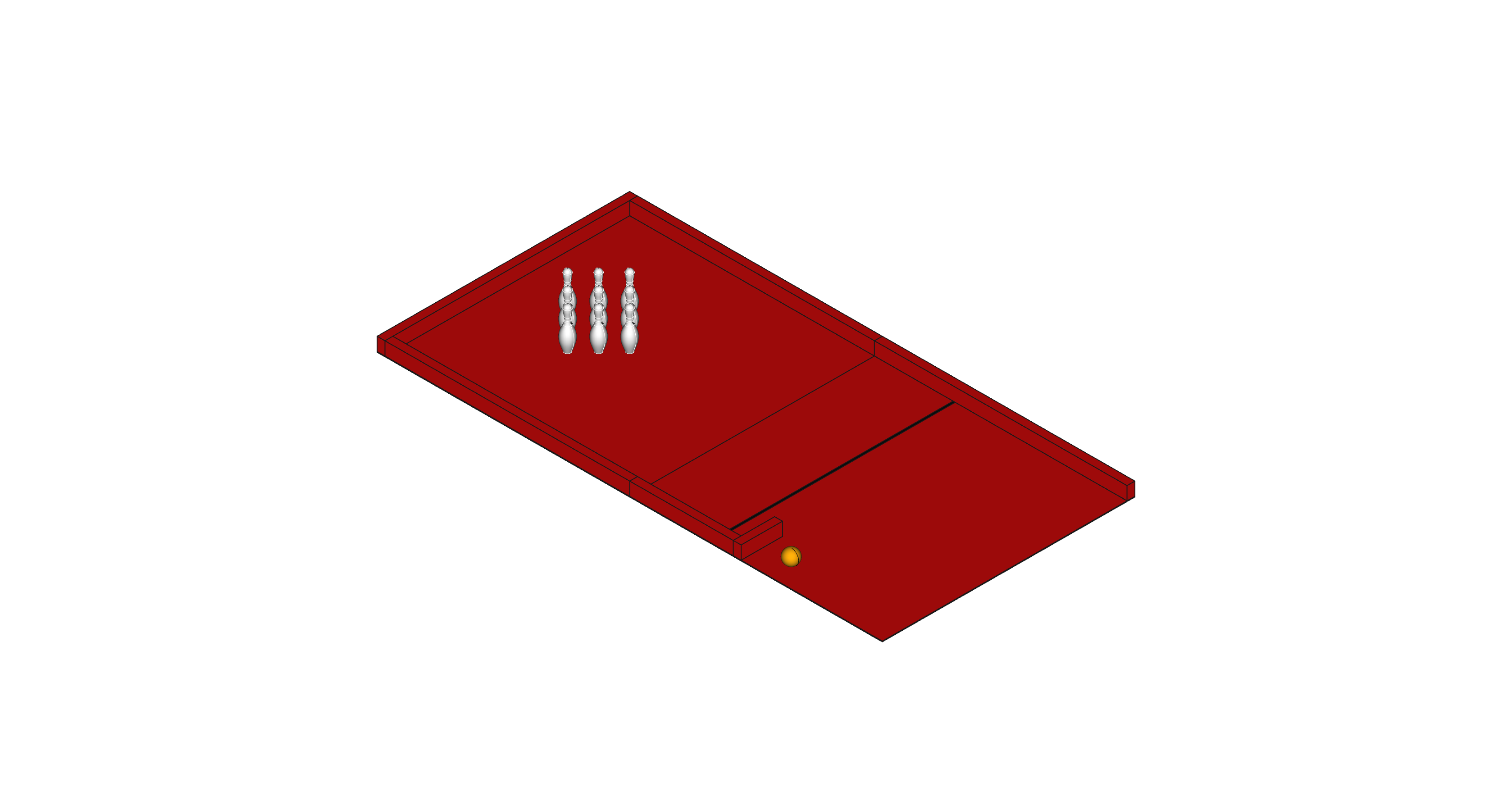 The mechanism can extend reasonably beyond the limits of the robot (perhaps exceeding the size category) but must not extend beyond the foul line.

You may pick the ball up using your robot to put it into the ‘correct’ position for bowling or simply push it.

The ball must roll towards the pins rather than being airborne (as fun as that might have been).

You will be allowed to handle your robot after each roll to reset it to the starting position. Resetting can also be achieved via remote control if you wish.

A practice set of pins, and corresponding practice two rolls, are permitted.

5 points will be awarded for each skittle knocked down.