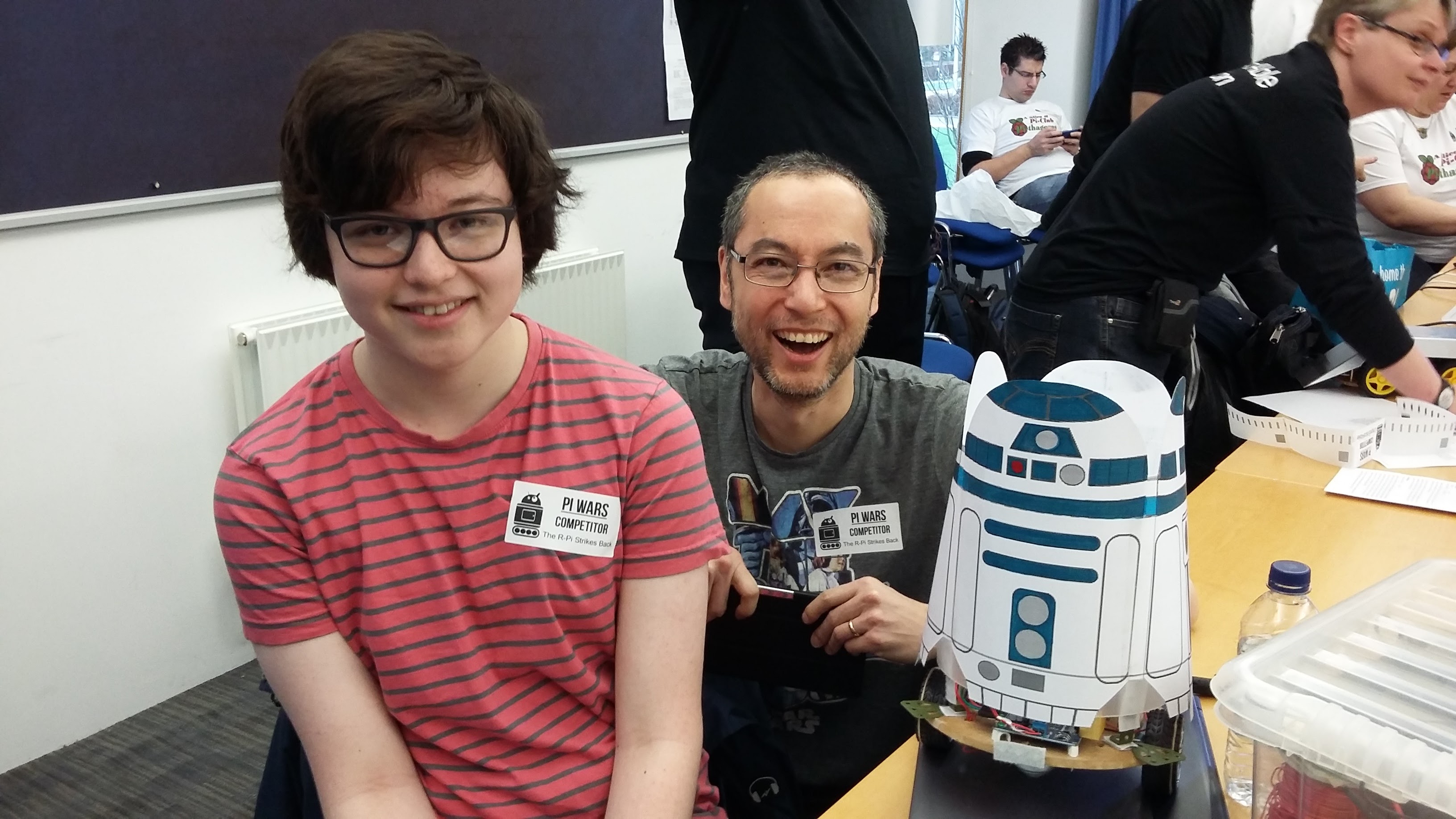 About the team: We are a family team:

The 2015 journey: We’d never built a robot before, so the whole thing was a learning experience. With the Star Wars Force Awakens film about to be released, we wanted to make a Star Wars themed robot, so the idea from the outset was to build a robot chassis with interchangeable outer shell (Darth Vader, R2D2, Death Star, X-Wing).

The hardest part for us was working out how to get sufficient power and traction to go at a decent speed without making it too heaving or forking out a load of money on expensive motors.

Getting a first prototype of a basic chassis controllable from a Wii-mote felt like a real achievement for us.

The highlight: Simply being part of such a great event was a highlight in itself. The whole atmosphere was really fun and friendly.

Next year: Intending to apply. Planning still in progress, nothing definite yet.